EXEMPLARY nurse and community leader Amy V. Magracia-Miranda was recently chosen as one of the awardees of Juyalukkas Angel Awards in Dubai.

The award website says, “For the first time in the history of UAE, as a token of appreciation and gratitude, an award is being designed for working nurses; who fight for other’s lives with selflessness and supreme care. Over 25,000 nurses work in the UAE. Nurses, being compassionate play the role of sister, mother friend and a great healer in all our lives. And, we feel it’s time to reward them and that’s why we have ANGEL AWARDS from Equity Plus Advertising LLC. Dubai.”

Struggled to have food

She was born the youngest daughter in a poor family of three brothers and two sisters. Her father, a native of Zamboanga worked in the Philippine Army while her Ilocana mom was from San Manuel, Pangasinan. Her brothers now live in the Philippines while her sisters reside with their respective family in Germany.

From Hofuf to Dubai

She started working as a nurse in 1998. She has been practicing the nursing profession for 17 years in two Middle East states – Kingdom of Saudi Arabia and UAE. In all those years, she has been rewarded with a happy married life. She is currently working as Charge Nurse in the OBGYN Department of Sheikh Khalifa General Hospital (SKGH) in Umm Al Qwuain.

With her friends, she applied for work in the Philippine Overseas Employment Agency (POEA) in 1998 and fortunately, she was selected for a job in Saudi Arabia under the Ministry of Health. Her first work was as a staff nurse in Maternity and Children’s Hospital in Al Hassa, Hofuf. She worked there for four years from 1998 to 2002. She stayed in the Kingdom until 2002.

When her Bicolano husband transferred to Dubai in 2002, she also followed him on the same year and stayed and lived there from then onwards. 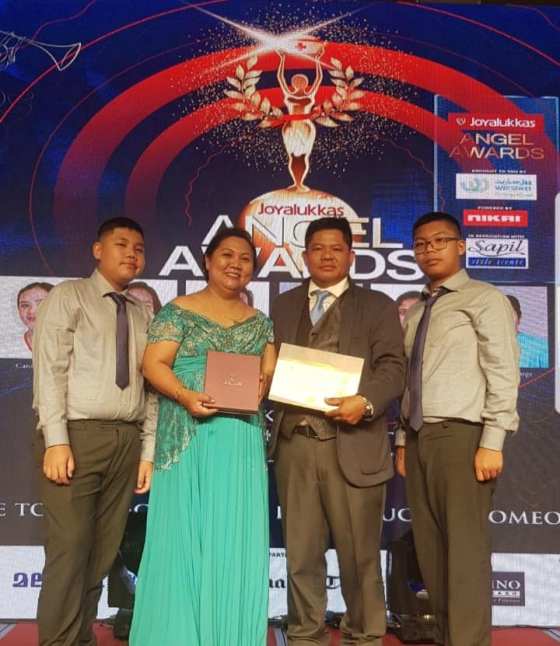 Amy with husband and two children

From Sharjah to Umm Al Qwuain

In 2002, she joined Zulekha Hospital in Sharjah where she worked for almost 11 years. She transferred to AUS. Now, she is with SKGH, a 110-bed capacity (extendable to 203 maximum beds) hospital facility managed by the Ministry of Presidential Affairs (MOPA). 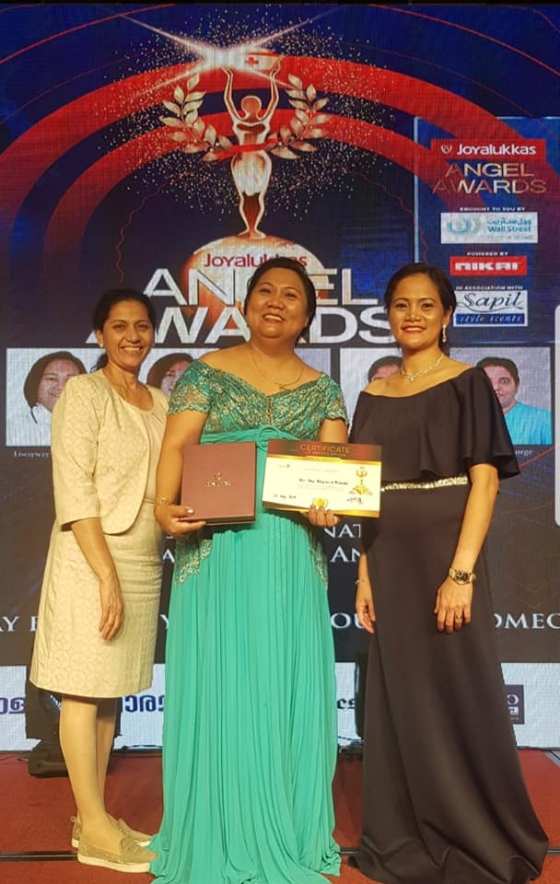 In 2016, Amy’s story was featured in a book Filipino Heroes in the Gulf through which she articulates the same lessons that she wanted to share to everyone. Recently, her story was again featured in the book Out of the Darkest Times, a compilation of stories from the Kingdom of Saudi Arabia.

For now, it is her undying passion to be the best in what she does – by becoming a good example in the eyes of others. With humility, Amy notes, “By touching their lives and serving as an inspiration and a living testimony of God’s great power are the things that I consider as my achievements in life.”

Read Amy’s story in the book Greater Sense of Power (2019), a compilation of inspiring stories about influential Filipinos in the United Arab Emirates.

THE BLOGGER. Ulysses Espartero is a journalist, historian and book author who traces his roots from two Philippine jewels – Laguna and Antique.  While in Dubai, he enjoyed his expat life documenting the struggles and victories of migrant workers in Europe, Middle East and Africa (EMEA). In 2014, he released Precious Gems in a Desert of Gold, the first and only coffee table book about Filipino achievers in the United Arab Emirates. Connect with him on facebook. 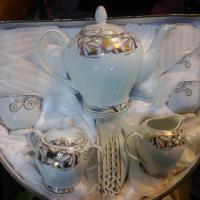